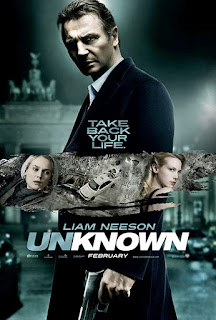 Genre: Action, Mystery, Thriller.
Released: 2011.
Director: Jaume Collet-Serra.
Starring: Liam Neeson, Diane Kruger, January Jones.
The film takes place in Berlin, at an international medical conference.
Dr. Martin Harris is coming to this conference to divulge his new methods and visions in biochemistry. However, on the way to the conference, he will get into a terrible car accident, and then the car falls from a great height into the water. Dr. Harris spends four days in a coma, after which he wakes up with a complete mess in his head. He remembers little from his real life, but knows exactly who he is. However, Martin soon realizes that none of his acquaintances in Berlin comes to him, not even his own wife, with whom he came to Germany.
Martin does not understand what is happening around him. He meets a young taxi driver named Gina, as well as a former Stasi agent who explains to Martin that someone influential and unknown certainly wants to get him out of his way. Martin is trying to understand who can wish for his evil, but still he cannot remember much from his own life. He is trying to find people he knows in Germany who can confirm his identity. Gina helps him, who gradually begins to feel genuine sympathy for Martin.
‹
›
Home
View web version